Language is Everything moved our operations over to East Yorkshire in1999 and the connections with local businesses we have made in the 20 years since have been absolutely invaluable. Our relationships have been aptly underpinned by our most recent experiences, notably the anonymous nomination of Chelsea Myers, our general manager, for the Hull and Humber Top 30 Under 30 award.

After working with us for 8 years, you might think that nothing would come as a surprise at this point, but the look on Chelsea’s face when she found out she’d been nominated showed that to be almost hysterically incorrect.

We are of course incredibly proud of Chelsea for her personal achievements in winning the award. We however, also see this as much wider opportunity for success within the business. What excited us most about being involved in the awards scheme (even more than the prospect of free mimosas) is the focus on moving business in Hull and the East Riding forward together. From solicitors to industrial florists, it was very encouraging to see such a variety of these Hull and Humber based businesses coming together to make and celebrate working connections. Of the companies that attended, we have already done some work with several and we hope to form lasting relationships with many others in the future.

This ties in with what Tony is trying to achieve with the Business Culture Hull and is especially important in a city which, despite its recent cultural explosion, is still often seen by outsiders as a grey and isolated rock dangling off the end of the M62.

Awards like this prove what anyone who has moved to Hull already knows, that doing business in Hull introduces you to a colourful and ever-expanding group of individuals who are excited about working together. It’s also very important to see that the focus is on developing the next generation of business leaders and we’re very proud that Chelsea’s dedication and tireless work has put her among that number. Having attended the awards night, I can confirm that, as an illustrious former mobile phone company once said, ‘The Future is Bright’.

My early career was a military one, serving in the RAF where my disciplined approach to task management was developed, it also honed my OCD attention to detail, in addition I served with the Army as part of a Field Ambulance unit and enjoyed both roles very much. I moved on in civilian life to take up various challenges at corporate management level with US, UK and Spanish companies. Today I am the older part of a young and dynamic business management team, I am learning new skills and also bringing a little time served experience to the team. I have some 30 years of experience in the legal sector working in the fields of Family Law, Youth and Adult Criminal Law, all of which helps explain a considerable part of my interest in languages.

Out of work my time and attention is focused on my family, enjoying as much time as I am allowed with all of my grandchildren.

If you feel I can help you in any way let’s have a Nero or Krispy Kreme moment.

View all articles by Vincent Bergin

Follow @TheBCHull
Need a connection or a referral ? Talk to us. We are business connectors. We are a Premier Business Club #JoinTBCHull
11233 Tweets 2675 Following 2905 Followers 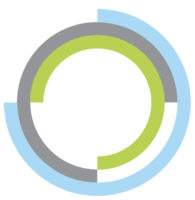 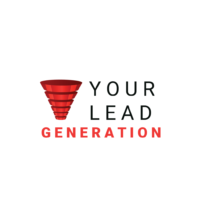